Funds raised via the Zaar campaign will support Sikura, a line of devices for women in Malta to use in abusive or life-threatening moments of crisis.

A recently launched crowdfunding campaign on Zaar hopes to ensure that no woman feels alone and helpless on Malta’s streets again.

Following the series of recent murders of women across the Maltese Islands, the new Sikura brand aims to keep women safe through a range of wearable devices designed for use in life-threatening situations. As well as collaborating with several local partners and services that support women, Sikura has already partnered with the Malta Self-Defence Academy to provide self-defence classes that will equip women with the skills to defend themselves until help arrives. 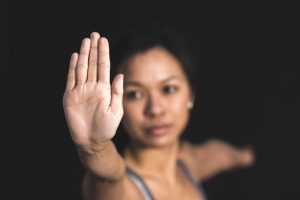 “We approached 130 local women to learn about their experiences and what they need to feel safer in Malta. Their responses highlight the extent of an issue that needs to be addressed – fast. Feeling and truly being safe is just as much a right as having food. It is a necessity for survival, for the physical and mental health of half the world’s population,” explains project leader Nicole Borg. “With the support of the public in Malta via Zaar, we want to offer a temporary solution to the problem, with hope that there will come a day when the world no longer needs such initiatives.”

To kick-start and further establish the Sikura brand in Malta, the Zaar crowdfunding campaign hopes to raise a total of €2000, which will cover the development of a web platform, online shop and blog, as well as educational initiatives on gender-based violence and discrimination. The campaign also marks the launch of Sikura’s first product: the Sikura Alarm Bracelet. Worn like a wristwatch, the device is quickly accessible in dangerous situations, emitting an 120dB alarm at the push of a button to deter attackers. 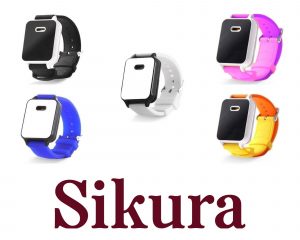 Via Zaar, backers can pre-order the Sikura Alarm Bracelet, while also receiving a selection of attractive rewards. According to the amount donated, contributors’ names will feature on the Sikura website (unless they choose to remain anonymous), while a percentage of the campaign’s proceeds will sponsor free devices or self-defence classes for women unable to afford them, identified through relevant local entities. Rewards also include a five per cent discount on the first purchase from Sikura’s website following the launch, or a free spot at a self-defence group session.

Businesses contributing to the campaign will also receive proportionate rewards, such as a product supporter mention on the Sikura website home page, one free group self-defence session and Sikura Alarm Bracelets donated to women in need in the company’s name.