Grant Morrison’s famous run on Animal Man has been collected in an omnibus edition. GNLM has bought and donated a copy to the Public Library. Animal Man was a comic book ongoing series published by DC Comics starring the superhero Animal Man. 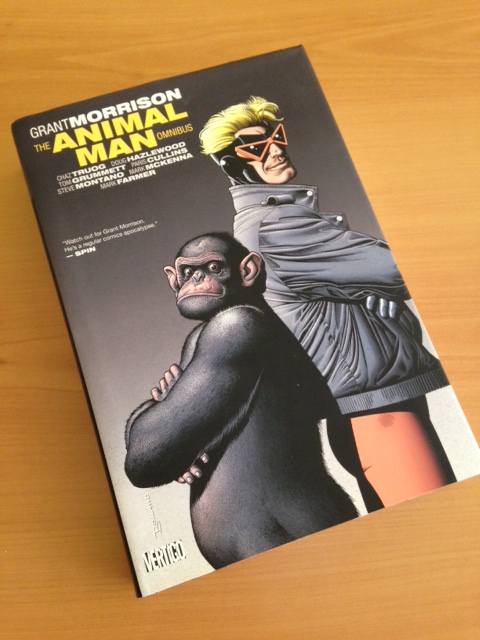 Animal Man was innovative in its advocacy and for its use of themes including social consciousness (with a focus on animal rights), metaphysics, deconstruction of the superhero genre and comic book form, postmodernism, eccentric plot twists, explorations of cosmic spirituality and mysticism, the determination of apparent free will by a higher power, and manipulation of reality including quantum physics, unified field theory, time travel and meta-fictional technique. The series is well known for its frequently psychedelic and “off the wall” content.

Morrison developed several long-running plots, introducing mysteries, some of which were not explained until a year or two later. The title featured the protagonist both in and, increasingly, out of costume. Morrison made the title character an every-man figure living in a universe populated by superheroes, aliens, and fantastic technology. Buddy’s wife Ellen, his son Cliff (9 years old at the beginning of the series), and his daughter Maxine (5 years old) featured prominently in most story lines, and his relationship with them, as husband, father, and provider, was an ongoing theme. 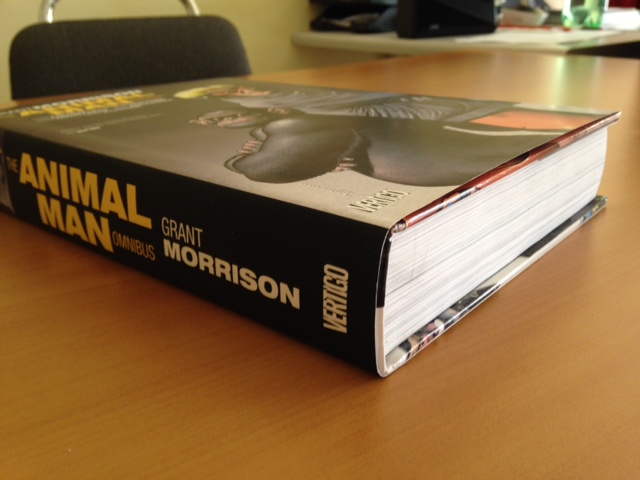 Thanks for supporting the cause, we need just a little bit more to achieve our goal so please share the campaign.