GNLM has donated the Fables – Deluxe Edition Hardbacks Vol 1-7 to the campaign. These will be included with all the other donations to the public Library. 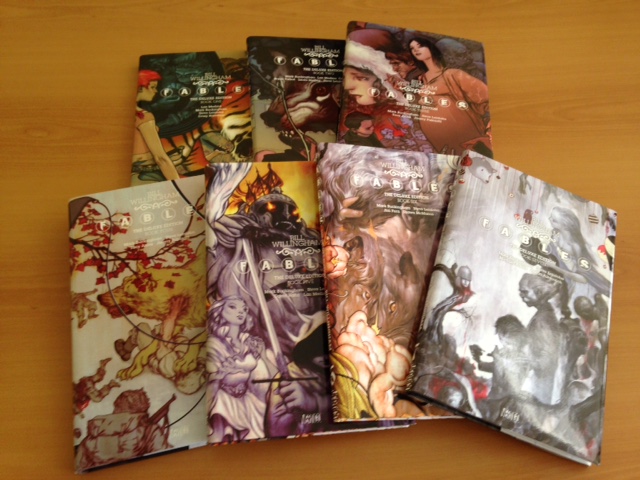 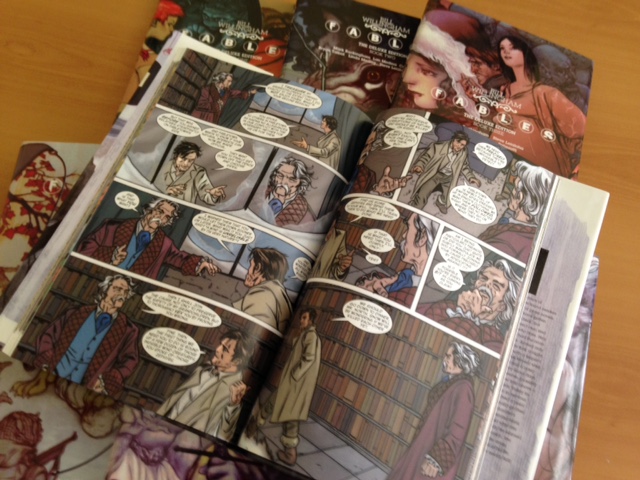 Fables was a comic book series published by DC Comics’s Vertigo imprint beginning in 2002. The series deals with various people from fairy tales and folklore, referring to themselves as “Fables”, who have been forced out of their Homelands by “The Adversary” who has conquered the realm. The Fables have traveled to our world and formed a clandestine community in New York City known as Fabletown. Fables who are unable to blend in with human society (such as monsters and anthropomorphic animals) live at “the Farm” in upstate New York.

While Fables only advertises winning fourteen Eisner Awards on their covers, the following Eisner awards have also been won by members of their staff for their work on Fables:

We are sure that these will be a very popular addition to the graphic novels section which is constantly growing at the public library.

As always, thank you for the support and keep sharing the campaign to make more people aware of it.