Location – One… immici with the Xara Lodge

Location – One… immici with the Xara Lodge 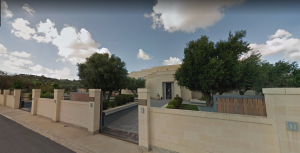 OUT OF SITE, ON YOUR BEAUTIFUL PLATE

The inaugural MicroFarm from immici

Proving our merits at The Xara Lodge, Malta. The venue for life-changing events, to be remembered forever, The Xara Lodge will now also be home to the inaugural immici MicroFarm, co-founded with a gastronomic and hospitality figure-head of our islands. Here we will be producing the world’s most sustainable finer foods, with the lowest food-miles, MicroFarm to plate.

Overseen by Michelin starred expertise, working in conjunction with The de Mondion Restaurant located in Mdina, Malta, not only will plates be created by world-class culinary expertise, we will be growing our own ingredients for the purest and most sustainable foods the world has ever known. Growing for flavour and excellence while cutting green house gasses and waste. We intend to set examples in the future of food for all, showcasing the leading-edge via Michelin starred restaurants in Malta, the birthplace of immici. It begins at the renown Xara Lodge in association with The de Mondion Restaurant. Currently a One Michelin Star establishment, we hope to prove it a destination worth a detour or even a special journey…

Together we can change the world for the better on every level.