Bringing the Azure Window back to life

A Malta-based startup wants to reconstruct the Azure Window, and it needs your help.

Having already pledged some of their own funds into the project, the duo behind Guerilla Ltd is keen to recreate Gozo’s fallen geological icon through an augmented reality app, accessible to all through their smartphones.

Guerilla is asking all those who hold the Azure Window close to their hearts to help them continue to develop a mobile application that does justice to this dearly departed geological marvel, by boosting their funding enough to craft a high fidelity 3D model and improve the project’s existing Augmented Reality mechanism.

Going some way towards addressing the national (as well as international) grief that set in after the beloved structure at Dwejra Point collapsed, the duo behind Guerilla will be making use of cutting edge technology to make the Azure Window live again. 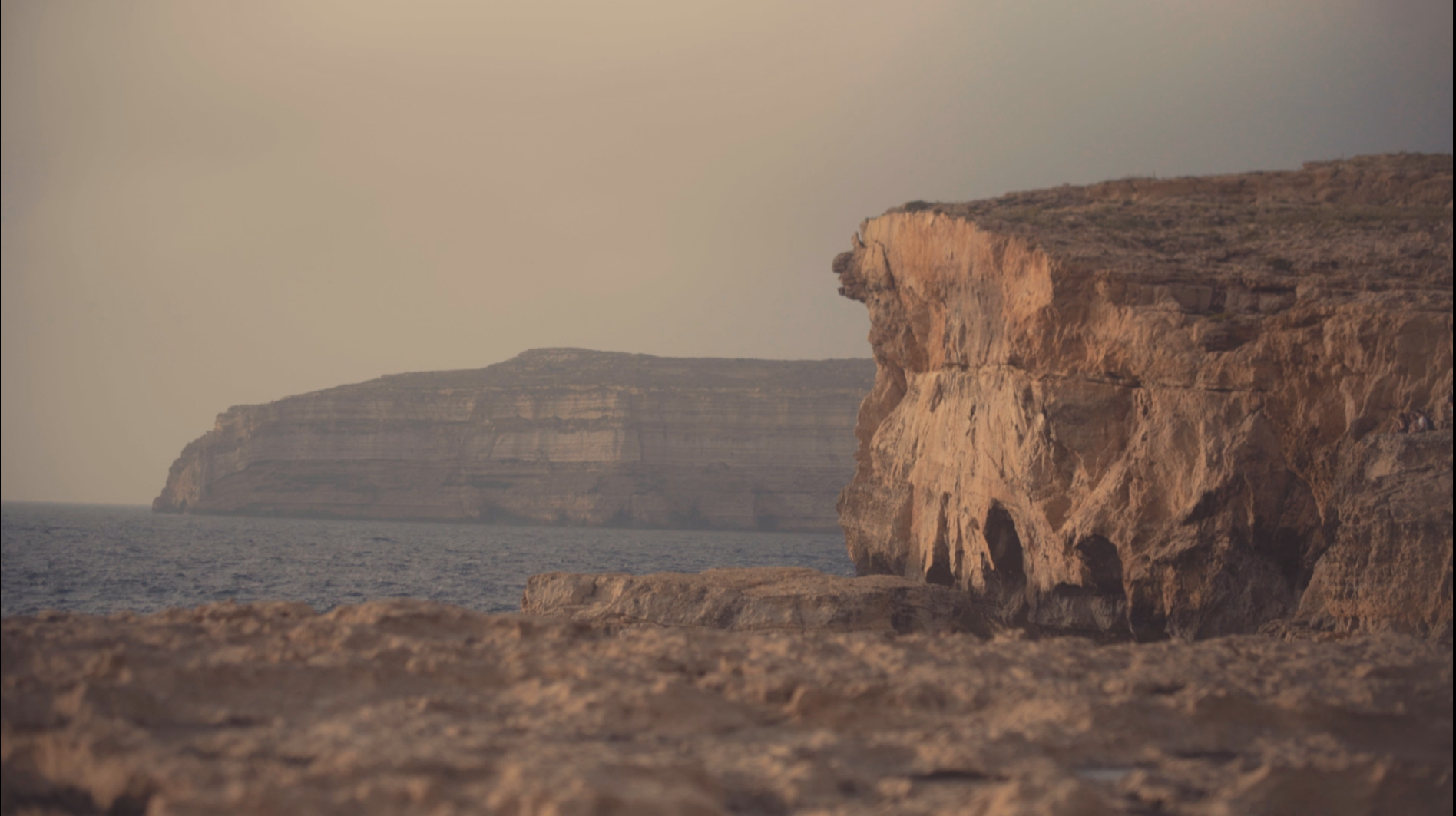 Any donations made to the project’s Zaar campaign would go towards ensuring the GPS technology is enhanced by systems that will give a thoroughly satisfying experience to the user, as well as improving the 3D model of the Azure Window that the viewers will be seeing through their phones – which will be done by stitching together available imagery.

“When you go to Dwejra right now, you can see that something is truly missing. It’s not just a cut-and-dried case of losing a rock structure – the entire atmosphere of the place has changed, and we want to do something about that.” So says Samuel Sultana, who forms one half of Guerilla Ltd, the other half being filled by his business partner Kris Camilleri. In fact, the duo are so committed to their vision that they’ve already invested €1,500 into the project out of their own pockets.

“What started off as an interesting side-project turned into something with a great deal of public interest. Any donations we receive will go towards refining it the application to match the level of public support and interest it receives. We want to leave people elated that a relic from an era just past is preserved for future generations to the best of what contemporary technology allows.” Camilleri says. 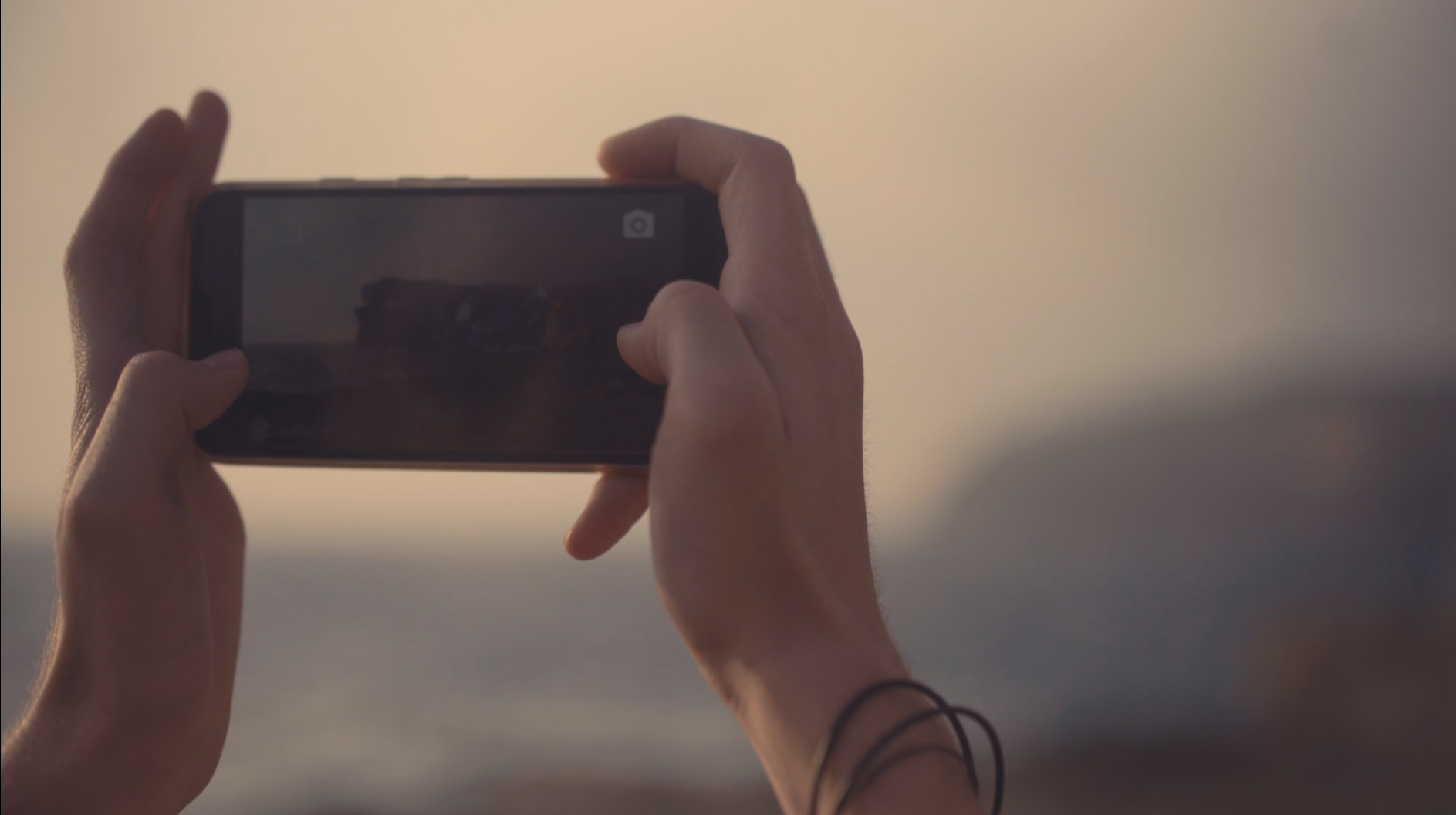 When the Azure Window, Gozo’s most iconic rock structure, collapsed on March 8 2017 it seemed as though the entire world was ready to mourn it. This is not hyperbole: there are clear reasons as to why this key landmark – allegedly hewn into its unique and striking shape over a period of around 500 years – has won hearts and minds all over the globe.

As a tourist-friendly snapshot backdrop, it did its work with panache; the arc of the rock and the titular ‘window’ lending an instant pizzazz to any selfie or show-off holiday shot. And over the years, it also became something of a Hollywood celebrity – appearing in the likes of Clash of the Titans (1981), The Odyssey (1997), The Count of Monte Cristo (2002) and, perhaps most famously, it served as the setting for the ‘Dothraki’ portion of the first season of HBO’s smash-hit fantasy series, Game of Thrones.

Prior to its collapse, the structure stood at 28 metres in height – a majestic sight by any measure, which goes some way to explaining the sadness felt by all upon learning of its demise which, although predicted for some years, was still unexpected when it came, and made international headlines.

Which is why Guerilla’s efforts to recreate it are not rooted in the desire to make a tourist-friendly gimmick. This is a project with emotional weight, which aims to give something back to the community. 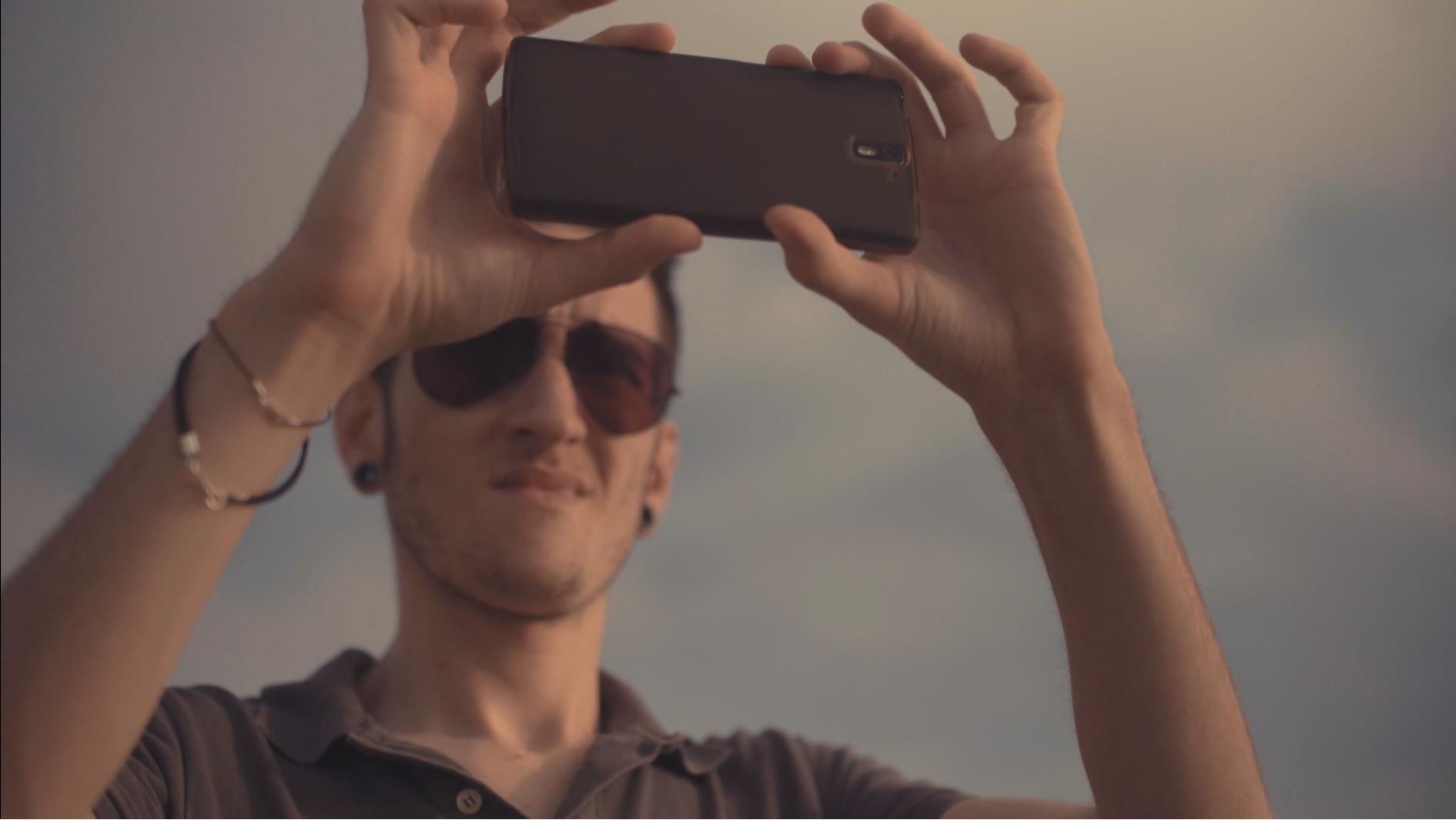 Guerilla Ltd was originally established with the aim to craft intellectual property that could work across various platforms while also creating a strong economic backbone for the small company. In a wider sense, though, the company wants to create products that resonate with people and even, perhaps, help propose solutions to social problems.

“This is not about art for art’s sake,” Sultana says, adding that while the artistic component was the push that led to the setting up of Guerilla in the first place, the technological aspect of their initiative has since grown to occupy their mission statement in interesting ways.

“Now we are constantly thinking of ways of using the technology to address certain issues like traffic or real estate and looking into ways we can enhance the experience of education, or tourism… all the while keeping an eye of which of these initiatives is economically feasible. Basically, we are not in any way industry-specific. Our goal is to simply use technology in order to solve problems, no matter where they may crop up.”

And while the collapse of the Azure Window may not, strictly speaking, be classed as a ‘problem’, the team at Guerilla certainly recognised the emotional reaction its collapse evoked in a wide swathe of people.

“We saw this as an opportunity to show off our skills in an innovative way. But this is also our attempt to bring the Azure Window back – in the only way we know how.”

Guerrilla Ltd. is a startup creative technologies company, specializing in the development of novel products and services.

Led by Samuel Sultana and Kris Camilleri, Guerrilla Ltd. is the duo’s avenue for products demanding a technological foundation with an artistic twist. 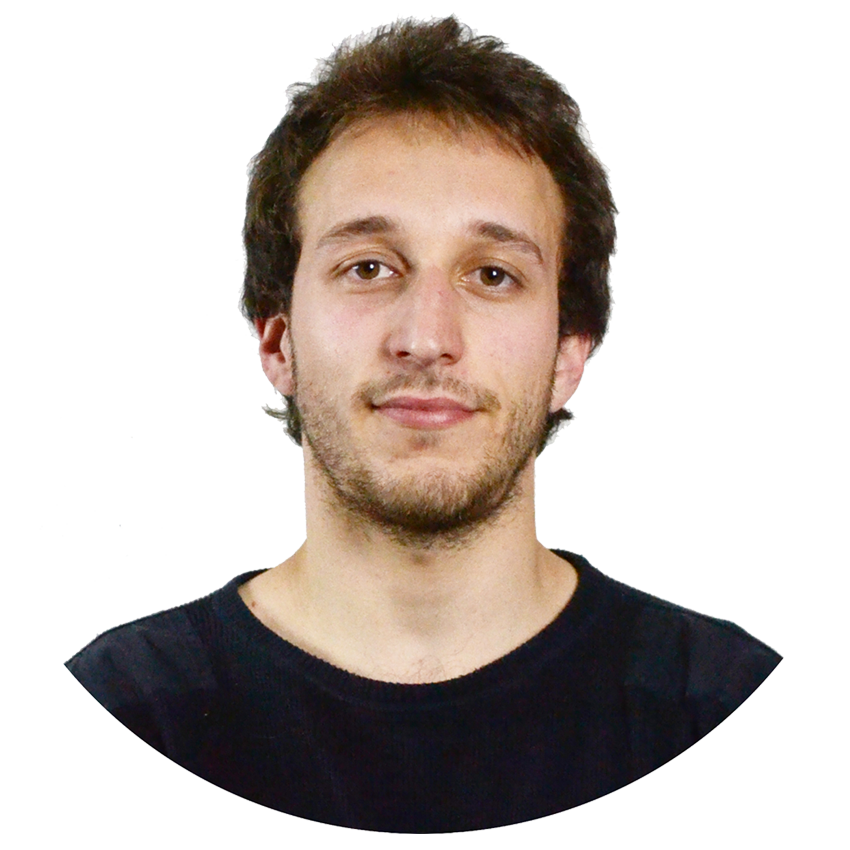 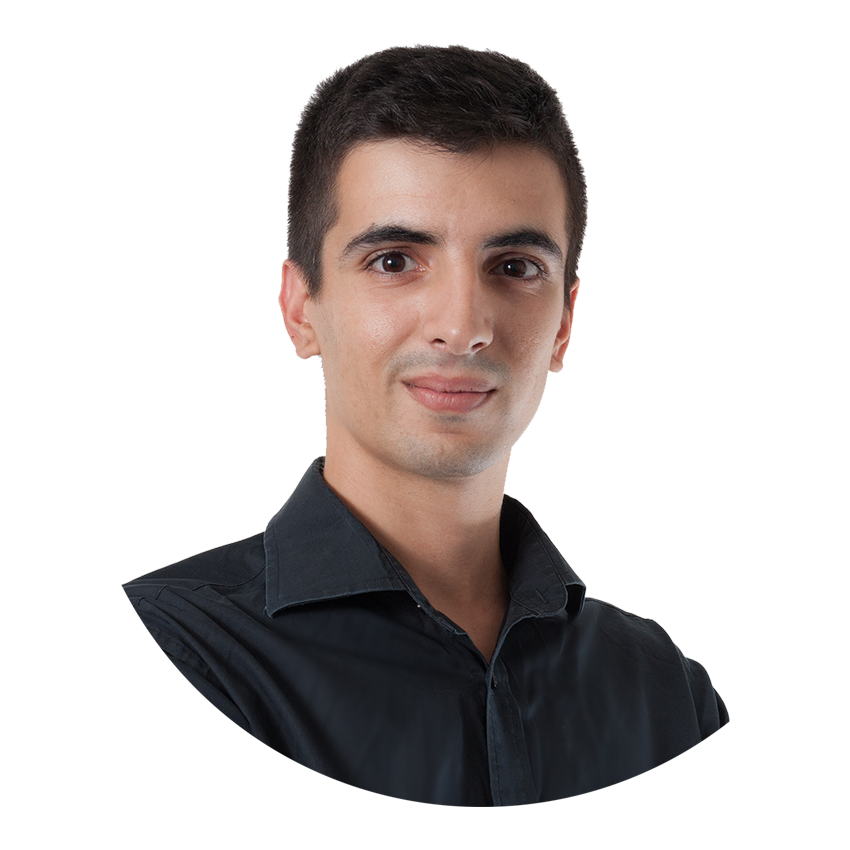 What is Augmented Reality?

Augmented Reality is a technology that superimposes a computer-generated content on a user's view of the real world, thus providing a composite view. Here is a short video to explain how it works visually https://goo.gl/ImkELb 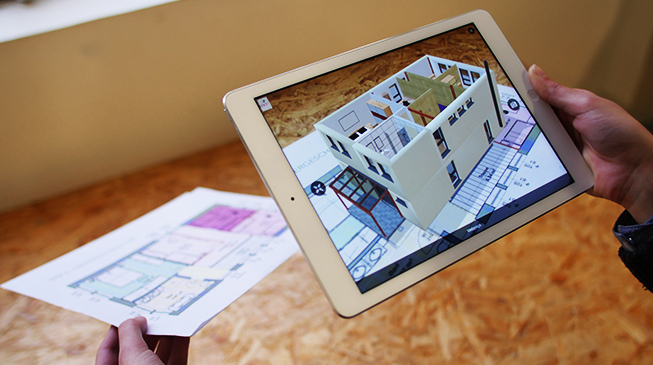 How does Augmented Reality work?

Experiences on handheld devices such as smartphones and tablets are the mainstream means of consuming augmented reality. Modern smartphones contain all the necessary technological pieces to enable such an experience, including but not limited to: Display, camera, gyroscope, compass, and GPS. The real-time video feed from the camera is overlaid with a positionally and rotationally accurate 3D model and presented and can be manipulated by the user.

Why the Azure Window?

The site of the Azure Window still receives hundreds of visitors every single day. While beautiful, the location is left largely unremarkable with no activity or vista really justifying the visit. When coupled with the local and international media coverage received as well as the emotional response from the nation’s inhabitants, it became overwhelmingly apparent that there was demand for the window’s reconstruction - be it virtual or otherwise. 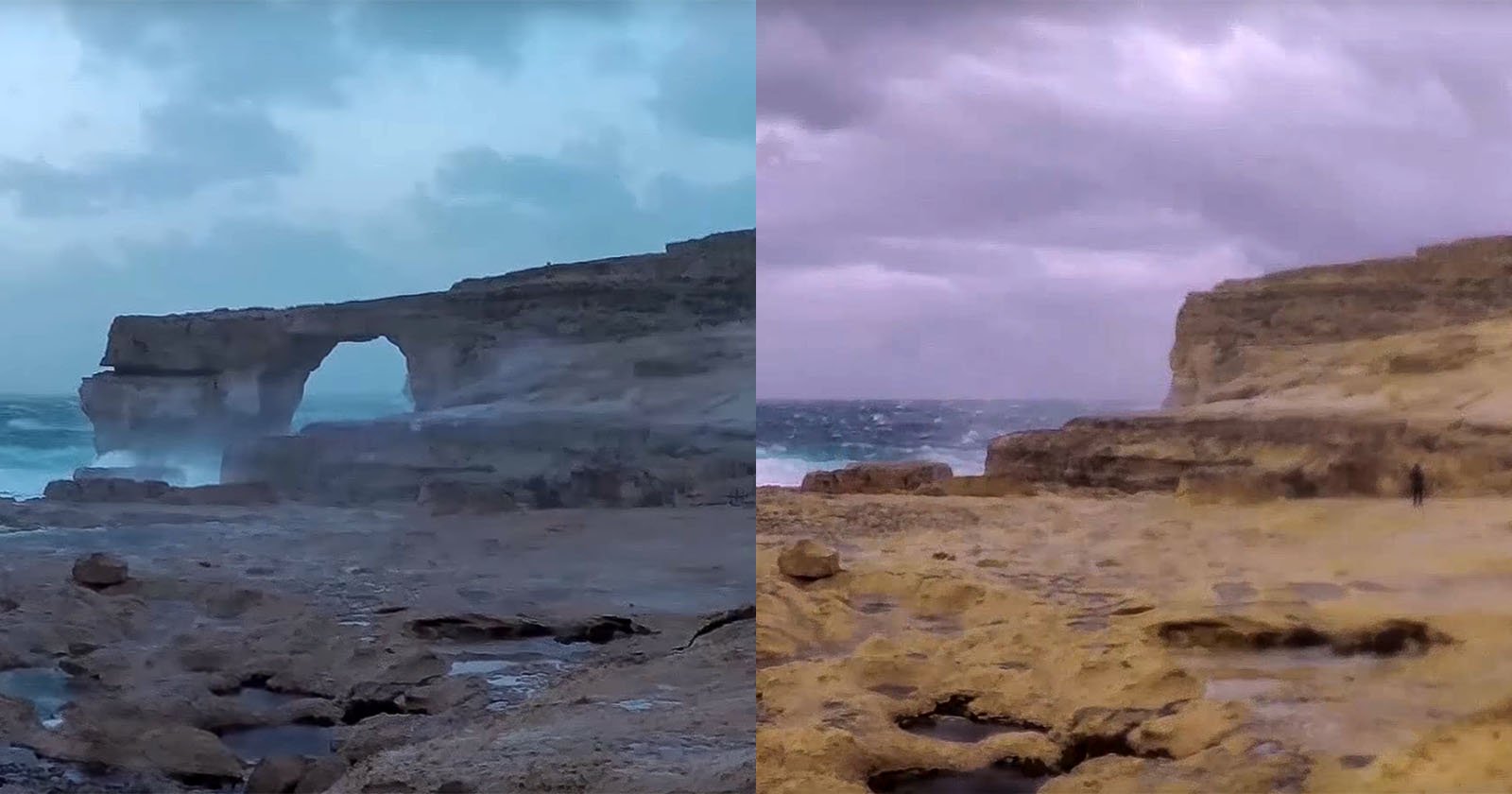 Does the mobile application work?

Guerrilla has invested over €1,500 in order to bring this up to its current state. While functional, additional on-site calibration for the model’s default position, a much higher quality 3D model, as well as improving the overall sophistication of the augmented reality setup in place is still required.

In summary, we are proud to report that the prototype does in fact work, however we need your help to bring it to the next level.

All those who support the project on this tier will have their name and surname listed on the application (app store / play store).
Guerrilla Ltd. will also give you access to all the development versions up until its final release so you may see the application as it's developed.
The names will be displayed in ascending order of date pledged.

Limit: 7 of 500 taken.
Special Party Thanks
€30.00
Upon clicking the 'i' (information) button within the Azure Window Application an Augmented Reality dome will appear around the user from their respective standing position consisting of all the names and surnames of supporters of this tier. Supporters of this tier will have their names and surnames listed starting from the bottom and spiralling upwards to the top of the dome. The names will be displayed in ascending order of date pledged. The location of the launch party is yet to be confirmed, however drinks and food will be provided to guarantee the virtual successor to the Azure Window is greeted in true Maltese style. 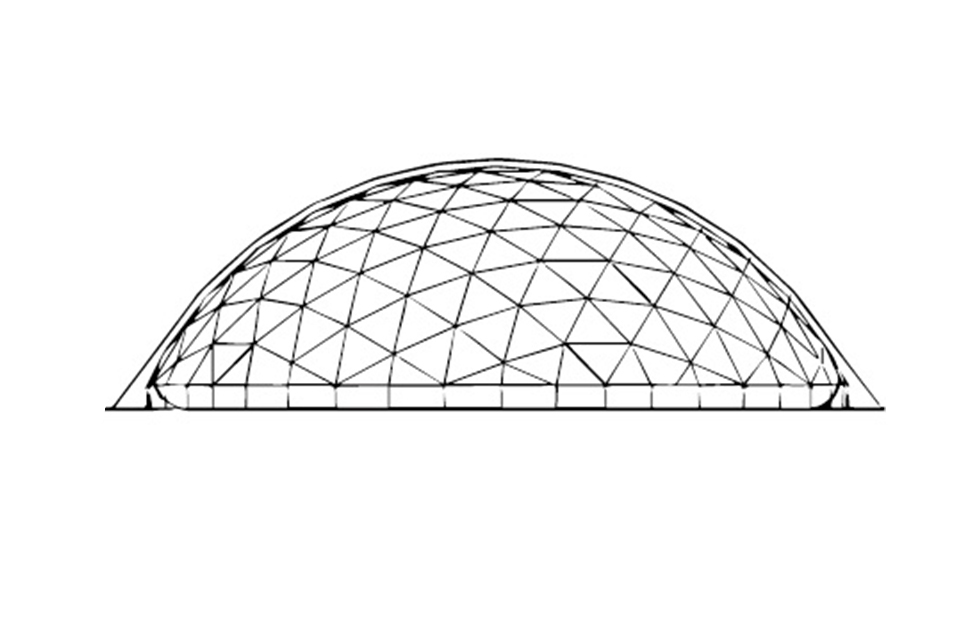 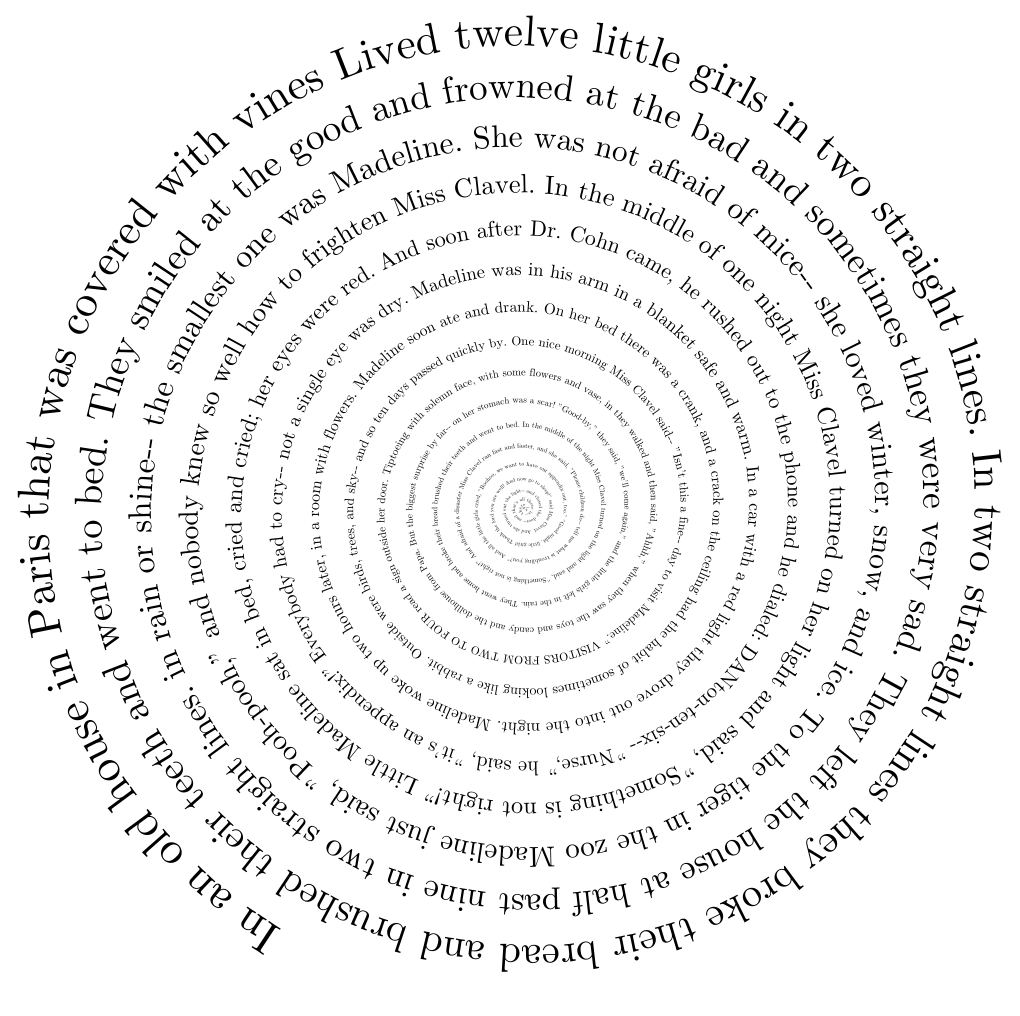 Limit: 0 of 300 taken.
Swag
€50.00
Users who pledge to this level will receive an Augmented Reality T-Shirt. Using the same Azure Window Application the user will be able to spawn a 3D model of the Azure Window approximately 30 cm off of the wearers chest. Users will be able to manipulate the 3D model in real time (size / rotation). In addition there will also be a 'special thank you' note animation which will be displayed over the 3D model. 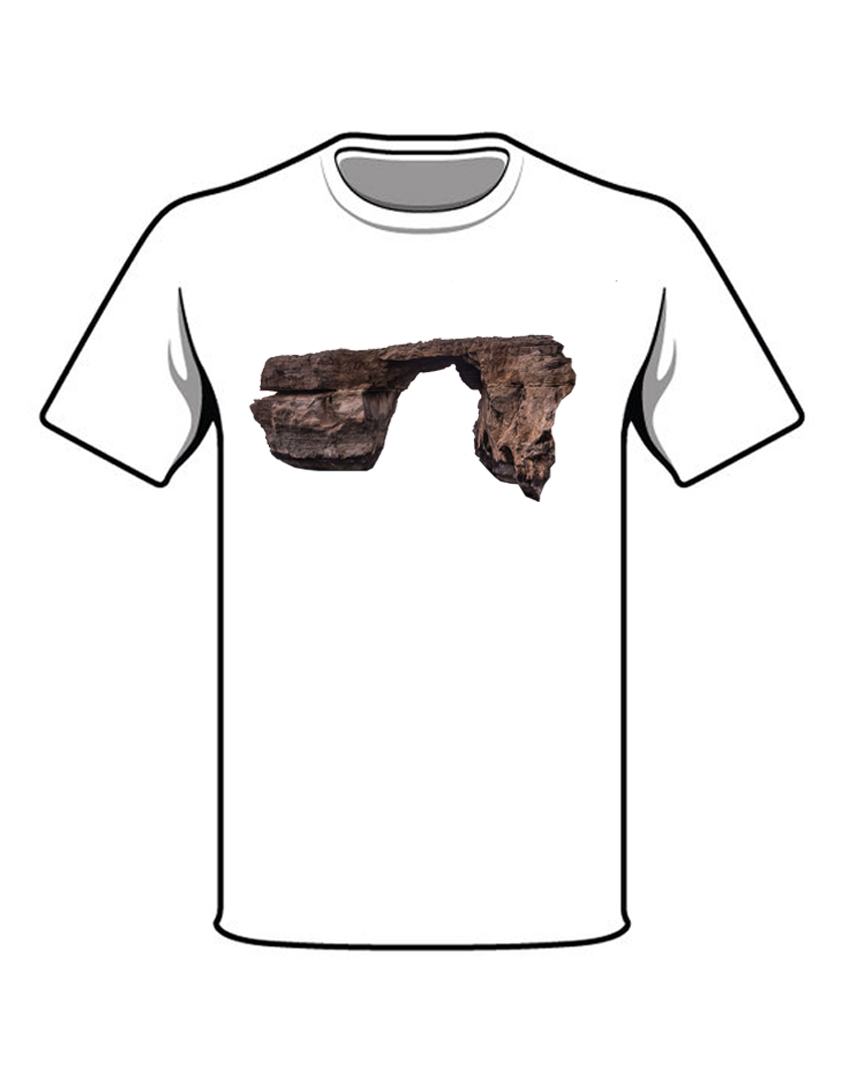 Limit: 1 of 200 taken.
Beta Sponsor
€2,500.00
Your brand logo will be displayed in Augmented Reality behind the user as per the image below. It is worth stressing that this will in no way obscure the view of the Azure Window. Given the Azure Window sees thousands of visitors per week the sponsorship tiers provide an outstanding way of targeting a tourist-centric audience for many years at as a single up-front investment. A 3D model, simple looping animation or static image could be placed with your brand in the relevant space. 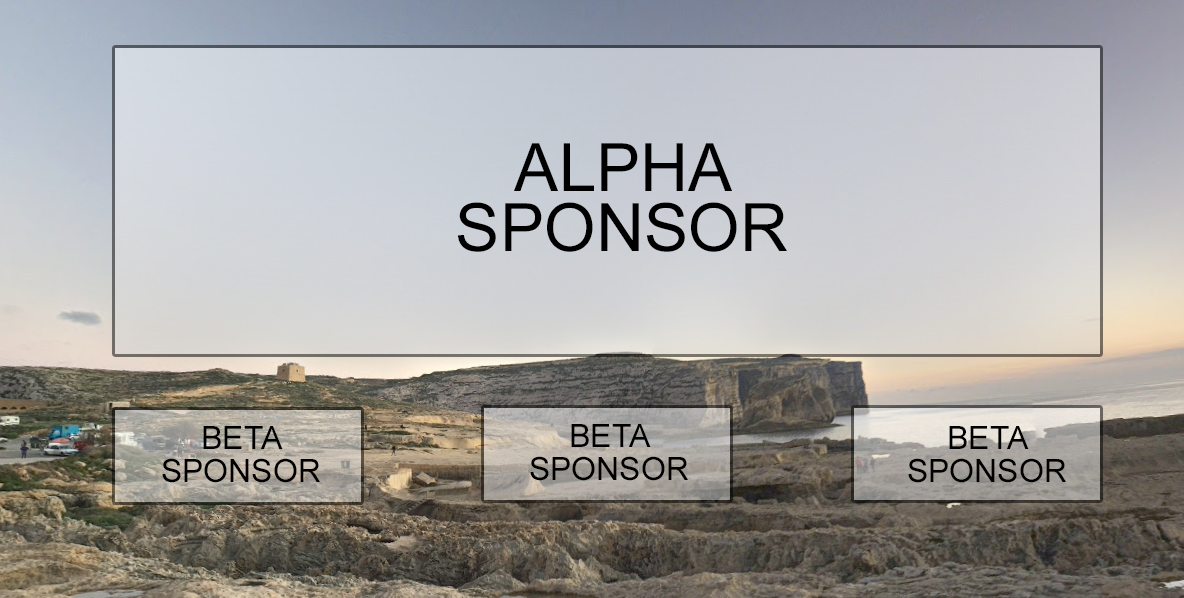 Limit: 0 of 3 taken.
Alpha Sponsor
€5,000.00
Your brand logo will be displayed in Augmented Reality behind the user as per the image below. It is worth stressing that this will in no way obscure the view of the Azure Window. Given the Azure Window sees thousands of visitors per week the sponsorship tiers provide an outstanding way of targeting a tourist-centric audience for many years at as a single up-front investment. A 3D model, simple looping animation or static image could be placed with your brand in the relevant space.

Limit: 0 of 1 taken.
Step 1: Specify your contribution amount for Bringing the Azure Window back to life
Support Now