We want to produce awesome t-shirts and apparel that show off Malta's heritage.

Story of the idea

The word ‘mela’ plays an intrinsic role in conversation and life in Malta. It is pretty much the first word that foreigners learn when they get here, and absolutely everyone will use it at some point.

I have lived in Malta for a while now and I have come to really love the country. And that’s what encouraged me to start Mela – I wanted to create a clothing brand that really highlights what makes Malta special. This product is designed to show the world that: this is Malta, and it’s amazing.

We want to produce awesome t-shirts and apparel that show off Malta’s heritage.

My name is Attila Baller, and I am 30-years-old. I am a graduate of Art University with a strong passion for design. Having completed my studies, I moved to the UK for three years, before heading to Malta. It is now my dream to own my own business, and I am excited to have taken the first steps. As an artist I believe cultural values are very important, and I look forward to sharing Malta’s cultural values through the Mela brand.

I’ve been asked that many times! To me the answer is obvious: the sun is always shining, the people are nice, no one is in a rush, and you can really relax here. To me that says everything!

I need €3,150 to start the company, We will use the money to have  3 t-shirts and 3 caps designed and produced and setup an e-commerce shop.

All about the first design

The first design is inspired by three different elements:

– The Legend of the Ġgantija Temples – the two temples of Ġgantija are estimated to be around 5,800 years old (built between 3,600 and 3,000 BC). According to an ancient legend, the temple walls were built in one day and one night by a female giant named Sunsuna. Ggantija is Maltese for ‘giant’s grotto’ 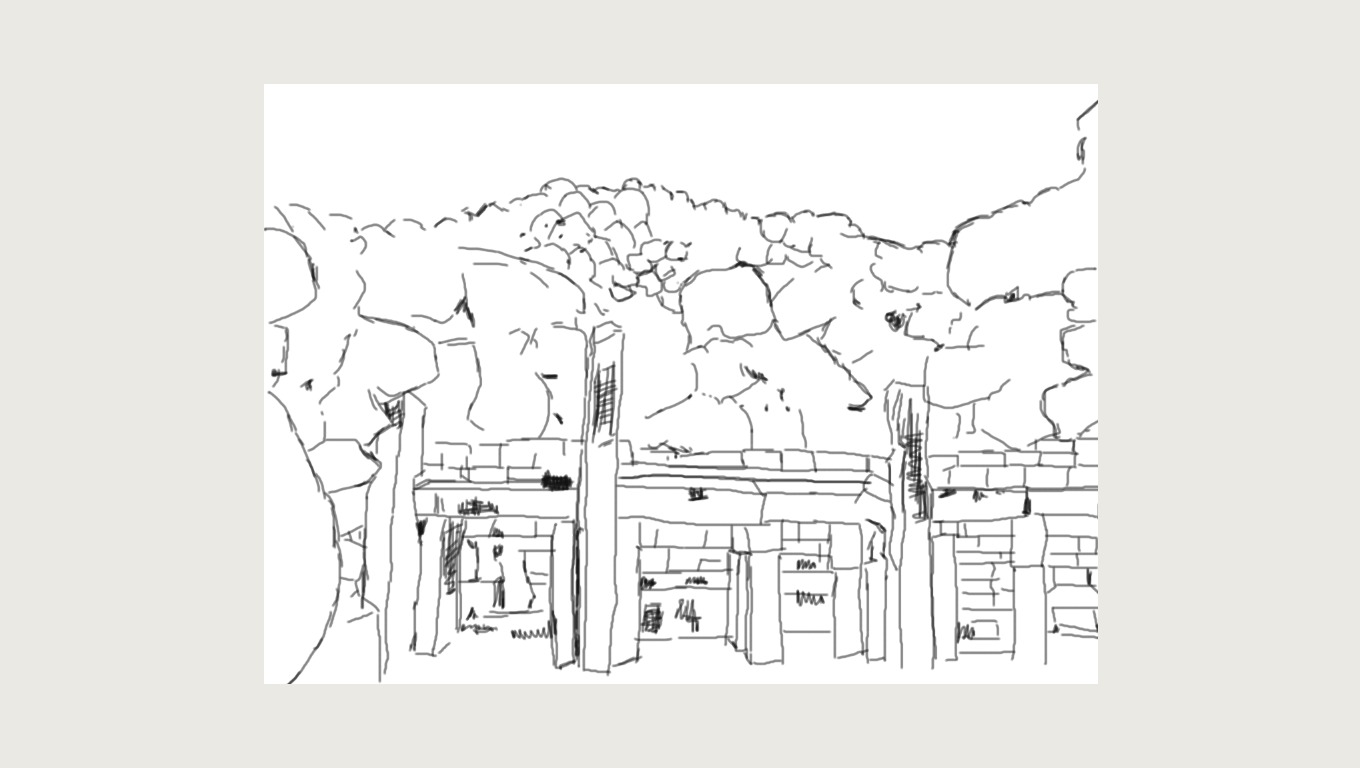 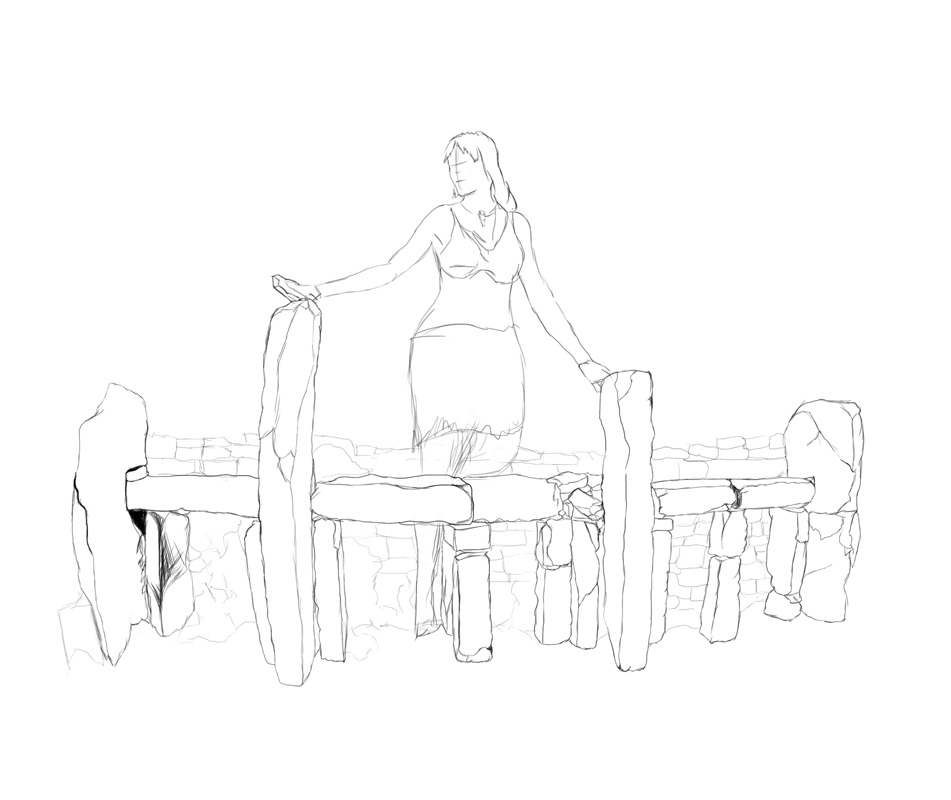 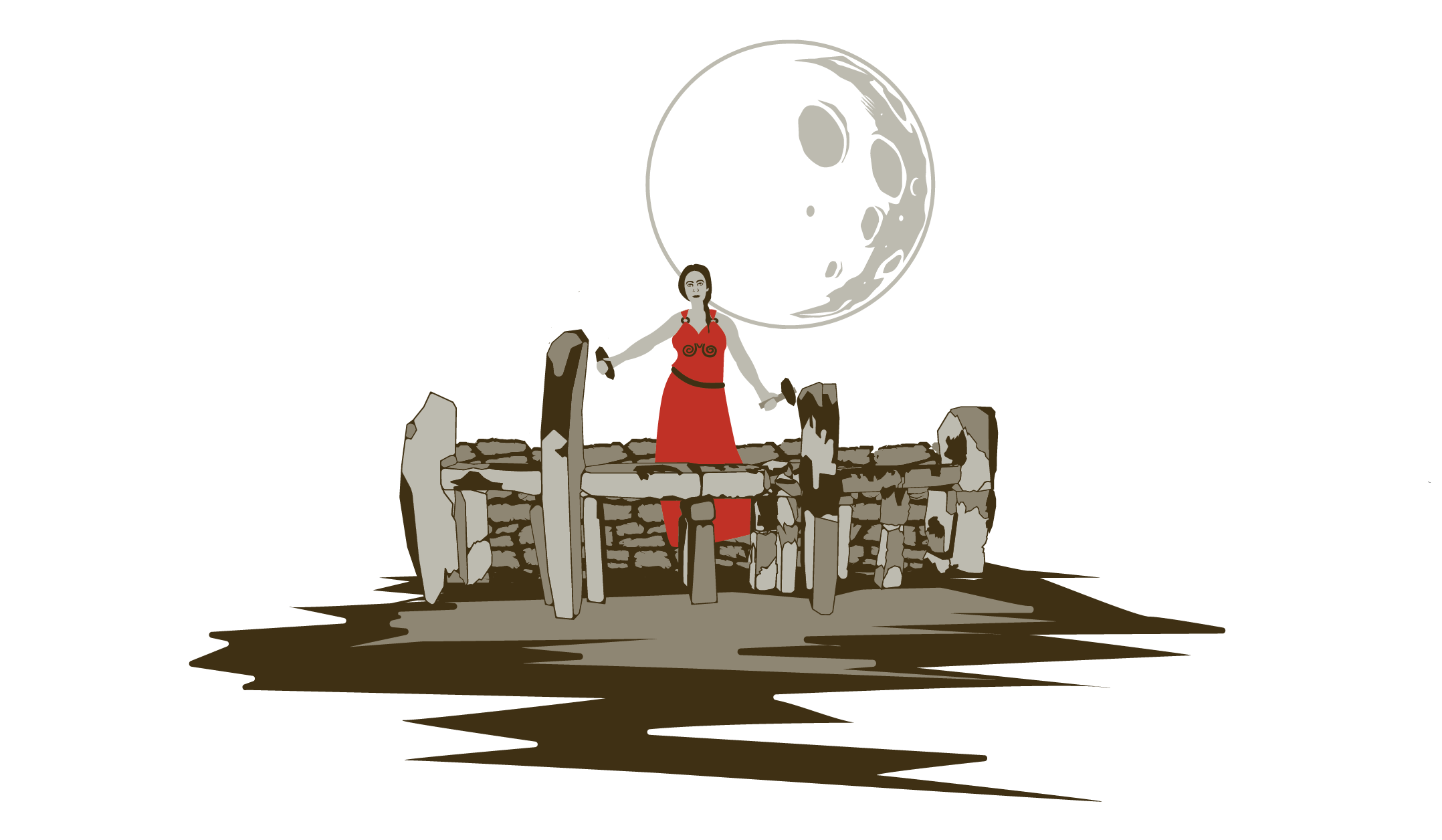 – The Maltese Spiral as the oldest religious symbol on the island – Spirals are also one of the oldest geometric shapes found in ancient artwork dating as far back as the Neolithic period (10,200BC – 2,000BC).The oldest spirals to have ever been recorded in the world are those carved within the Ġgantija Temples in Gozo. The symbol was used ornamentally in clothes.

– Face of the Maltese Woman 5,600 years ago – Heritage Malta launched a 3D virtual reconstruction of facial features based on one of the prehistoric skulls (over 5,000 years old) found at the Xagħra Stone Circle in Gozo. It revealed, for the very first time, what one of the earliest Maltese actually looked like. We gave our giant a similar face, in honour of her.

These are our future design plans, each of which pays homage to an era in Maltese history or to an aspect of its culture.

And this is just the beginning…

We want our projects and products to be limited-edition and full of individuality, because we don’t want them to be thought of as souvenirs. On the contrary, our products are a ‘thank you’ to the community for having given us this opportunity to start a new life and make our dreams come true. 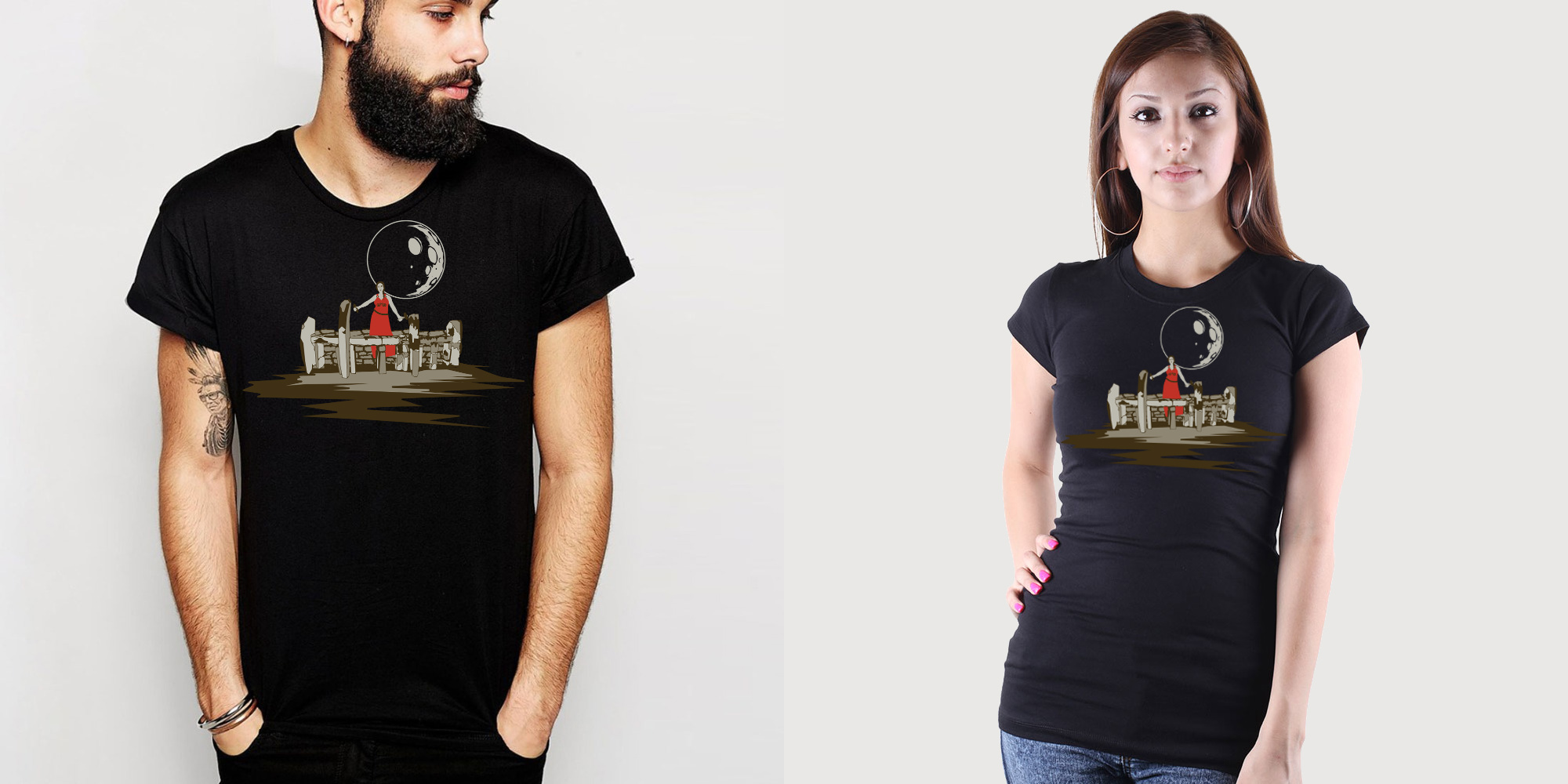 When I receive my stuff?

We have every intention of shipping all rewards so that they arrive to your doorstep in January. That is a conservative estimate, with a good amount of padding in our schedule for unforeseen circumstances. We hope to start shipping out rewards sooner than January, but we cannot guarantee it.

We often get asked if we can expedite the shipping of rewards to individual backers in special circumstances. The short answer to that one is that we unfortunately can’t do that. If it helps, just know that after our funding period ends our team’s absolute #1 priority will be getting our backers’ rewards fulfilled as fast as possible.

Depending on the number of backers, fulfilment could take a couple weeks to a couple months. No matter what, we will keep all of our backers completely up-to-date on our progress

Our shipping system in cooperation with the Maltapost is highly automated and designed to get large quantities of stuff to people quickly and accurately.

Where does we deliver to?

We deliver to Malta, Gozo and anywhere else on the planet!

How much does delivery cost? - Delivery is free to any local addresses (Malta & Gozo)

For International orders, a postage and packing fee will be charge depending on the weight of the items ordered and the country it is being delivered to.  All parcels are sent registered therefore we will send you a tracking reference number.

For international delivery please contact with the project entrepreneur.

Can I pick up my reward from the office or a local address?

You can do direct pickups of rewards, if you would like .In this case please contact with the project entrepreneur.

We unfortunately do not offer refunds or returns on items received as ZAAR rewards.

The support we get from our ZAAR backers is what enables us to run and grow our business, gather customer feedback, design new products and improve existing ones. In the ZAAR community, the items that you receive after making a pledge are referred to as "rewards" because they are not purchases in the traditional sense. They are gifts - in our case, design products - that are sent to our supporters as a token of appreciation for their support of our business. In the same way that public television funds their service through the pledges of their supporters, who in turn receive gifts and continued programming, we have chosen to run and grow our business on a crowdfunded business model. 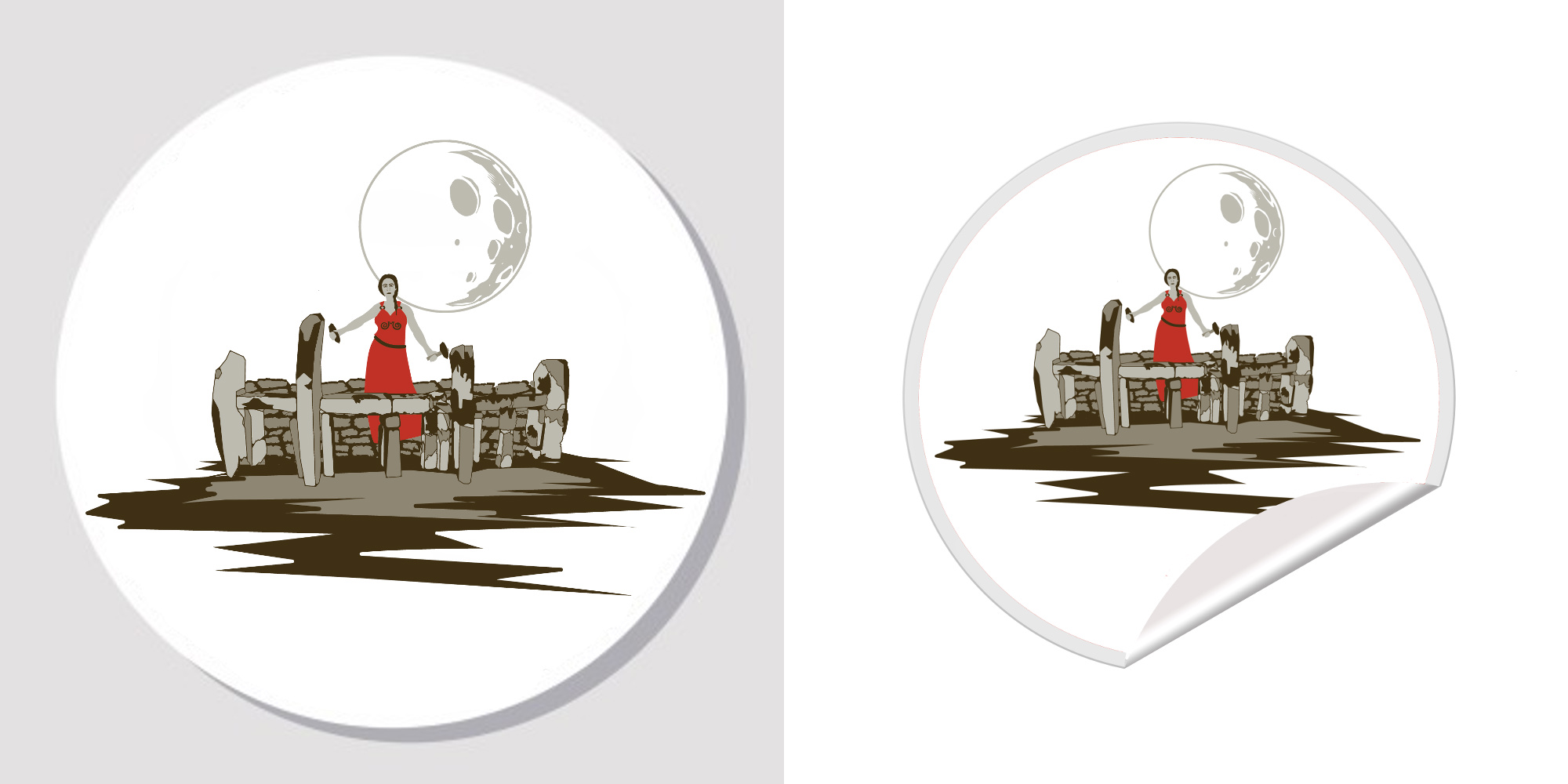 Cool! I want a cool Stuff!

This pledge will get you a sticker and a badge with our very cool logo on it. Use it for on your personal belongings.

Get one of these awesome snapbacks  in black color! With a huge  20% early bird discount. MSRP:  €11.99
Size: one size Material:  polyester Logo with 3d embroidery

Get one of these awesome T-shirts  in black colour with specialised design.Only under the crowdfunding campaign! With a huge  20% early bird discount. MSRP:  €17,99
Size:  available in  S-XXL T-shirt material : round neck, 100% cotton jersey black color Ladies and Mens T-shirt are available Printing technique: screen printing

Early Bird Set-  for you!

Threat yourself with the MELA full set.Wear them any day and everywhere. Set includes: 1 T-shirt+1 Snapback, sticker and badge With a huge >30% early bird discount. MSRP:  €35,97

Customized Design Apparel for your Company!

For all companies, branding is important. Every marketing piece, commercial, website, etc., is representative of your brand and makes up your brand image. In addition to branding that your business is presenting, there are individuals outside your company that admire your company and would be interested in telling others why they like your brand; these are your brand ambassadors. Present your branded apparel to customers as gifts or use them as uniforms for your staff. Nothing says “professional” like a screen printed T-shirt with your company logo. We can fully design your branded apparel by starting from scratch with a clean canvas.
Set includes: 100 T-shirt+100 Snapback, 1000 sticker, fully costumized design. With a huge >25% early bird discount. MSRP:  €2000