'ProjectStop' aims to prevent human trafficking among vulnerable groups in our communities, namely women, youth and migrants. We look to educate and empower them with the information and knowledge to stay safe, and free from trafficking and exploitation.

In 2012, two teenage girls shared their story with Heddy and Alec during a church ceremony. Unbeknown to them, this would be the catalyst for the setting up of CCIF in Malta as a registered NGO (VO/0628). Sadly, the two girls were trafficked to the red light district in Amsterdam before they could be saved from a life of exploitation. The incident fueled the work of CCIF to combat trafficking in persons through both preventive and remedial actions thanks to the support of stakeholders.

Malta is used as a transit and destination country for victims of trafficking; therefore, CCIF focuses on providing basic information about human trafficking, including how to spot it, and addresses the denial expressed by many people about the problem of human trafficking in Malta.

Your donation will be used to prevent trafficking through awareness, education, and rescue and justice for the victim. It costs a minimum of €15,000 to rescue one trafficked person and restore them in society. We want to help as many trafficked people as possible but we need your help to do that. However, we also want to prevent more people from becoming victims of human trafficking. We plan on doing this by creating a mobile application that provides a tool for locals, the police and service providers that will aid in the prevention and rescue of victims.

What is the aim of ProjectStop?

Through ‘ProjectStop’ we plan to address vulnerable groups such as women, and youths between the ages of 18-34 within our local communities. Through the project we will empower them with the information and knowledge that will keep them safe to pursue their dreams and aspirations. It is a known fact that prevention is better than cure, and our Project is grounded on this principle. We will undertake the following activities aimed at raising preventative awareness:

Cross Culture International Foundation (CCIF Malta) is a local anti-human trafficking NGO based in Paola working on awareness, advocacy, training and education, and restoration of victims of human trafficking.

Why do we need help?

CCIF has been working in schools, colleges and local communities to help reach out to all children, youths, and adults to raise awareness about the dangers of human trafficking. Through this funding we would like to increase our reach to cover the whole islands of Malta and Gozo. The funds raised for this project will make this a reality.

The TIP Report of 2020  (2020-TIP-Report-Complete-062420-FINAL.pdf) reiterates that the Government of Malta does not fully meet minimum standards for the elimination of trafficking but is making significant efforts to do so.

What is our long term goal?

Do you have experience in implementing such projects? 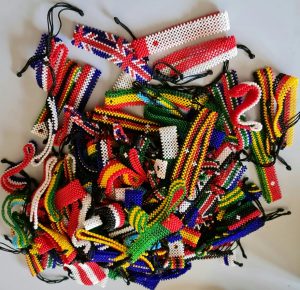 Sponsors will receive 3 pieces of African beaded bracelets in the national flag colours of African and European countries. 150 pieces are available. 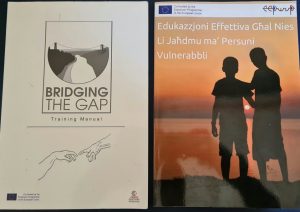 Sponsors will receive 4 pieces of African beaded bracelets and 2 t-shirts. The t-shirts were designed for implemented projects and have been reprinted due to the increased demand. 100 t-shirts are available.
Limit: 1 of 199 taken.
Film Credits/Acknowledgements & Ticket to Film Premiere
€200.00 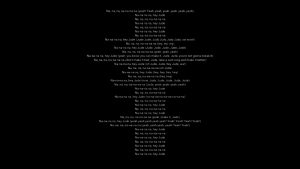 Sponsors and Donors will be acknowledged in the credits at the end of the film and be invited to the film premiere. Lovin' Malta are the Project's Official Expert Media Company handling the Premiering, Marketing and publicity of the film. The film will be produced at high professional quality similar to Netflix movies.
Step 1: Specify your contribution amount for ProjectStop
Support Now