Murphy Goes Off the Beaten Track

Murphy's biggest challenge yet where he'll be taking on a trail running league to raise funds for Hospice Malta. 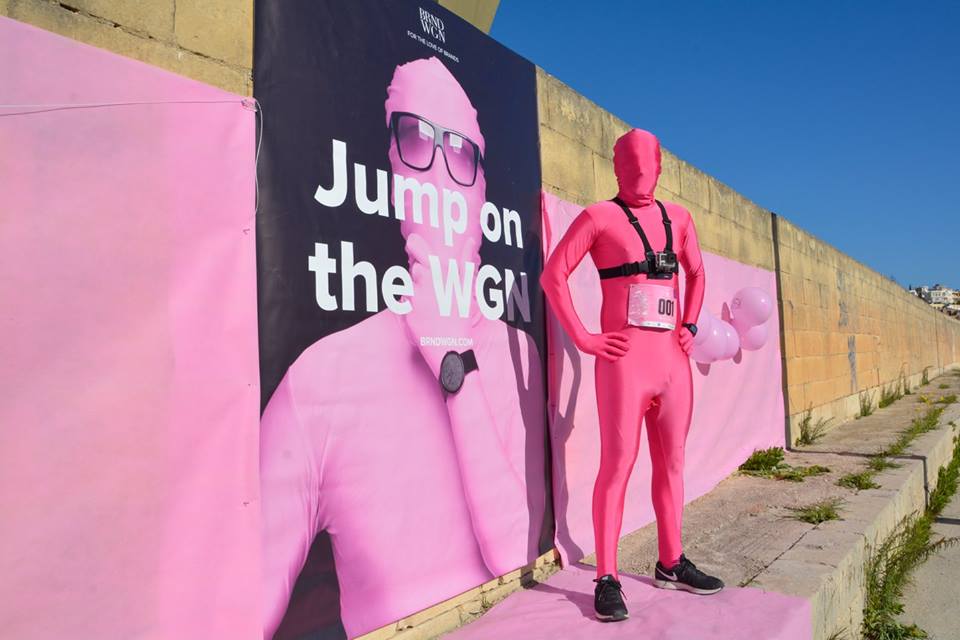 What’s the deal behind Murphy?

If you are in some way involved in the local running scene then by now you have no doubt bumped into the Mysterious Murphy, dressed from Head to Toe in Pink.

Over the past 3 years, Murphy has run the Malta Half Marathon to help raise funds for Hospice Malta.
Last year he also ran a full marathon in Budapest – just to give you an idea that’s over 3 hours of running dressed from head to toe in pink!

This year he’s taking things one step further as he hopes to raise his biggest amount yet. Murphy will be taking on the ‘Eurosport Trail Running League’ being organised by Agones Sports Club – that’s 4 races being held over different dates between January and April all being held off road. And in case you wondered – yes he’ll be wearing his pink morph suit!

There is just no stopping our favourite guy in pink!

Murphy put on his running shoes for the first time ever in 2016 and took on the Vodafone Malta Half Marathon to raise funds for Hospice Malta. A year later Murphy managed to smash his Personal Best on the same course by over 13 minutes. Last October he went on to run double the distance. He then went on to run the Malta Half Marathon and was able to raise his biggest amount yet for such a worthy cause.

Running on trails is no joke – let alone being dressed from head to toe in pink. Things are bound to get extremely muddy!

Apart from taking up a challenge each year in aid of Hospice Malta, Murphy is also a huge part of the BRND WGN & University Ring Road Races, an event that has been organised for quite a few years now with the scope of bringing people together through running whilst raising funds for Hospice Malta.

Be sure to follow his challenge online as he takes on 4 races but you will also meet him in the flesh at the 8th edition of the BRND WGN & University Ring Road Races on Sunday 10th March 2019. Once again the team from BRND WGN will be joining forces with Malta University Sports and Leisure to help take the event to a whole new level and to help raise even more funds for Hospice Malta.

Last year we were able to raise a whopping €4500 – can you help make this another record-breaking year?! 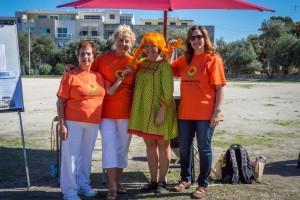 A little bit about Hospice Malta

Hospice Malta is a voluntary organisation, founded in 1989 which promotes and provides the highest standards of palliative care in a holistic manner for persons reaching end of life with cancer, motor neuron disease, cardiac, respiratory and renal diseases.

Presently Hospice receives an average of 60 new referrals each month. Visits by the professional team to patients and families amount to over 7,000 per year. They really need all the support they can get!

This year awareness and donations are even more appreciated since Hospice Malta is now working on the new project of St Michael’s Hospice which will evolve into an inpatient hospice unit in Santa Venera.

Murphy will be sending out thank you letters to people who give a donation of €10 or more.

Be Part of a Bigger Picture
€25.00
As well as a thank you letter, your name will also be included on a collage incorporating the names of everyone who donates €25 or more which will be shared on our facebook page and website.
A Gift from Murphy
€50.00
As well as the thank you letter and your name on the collage, we will be offering goody bags to people who give a donation of €50 or more, limited to the first 20 donations to be submitted. Goody Bags can be collected from the University 5-a-side football pitches complex, Tal-Qroqq. All individuals eligible for this shall also be receiving a notification via email of when they can pick up their goody bags.
Limit: 5 of 20 taken.
The Full ̶M̶o̶n̶t̶y̶ Murphy
€100.00
As well as the thank you letter, your name on the collage and a goody bag, you will also be given a limited edition Murphy mug.
Limit: 2 of 20 taken.
Step 1: Specify your contribution amount for Murphy Goes Off the Beaten Track
Support Now