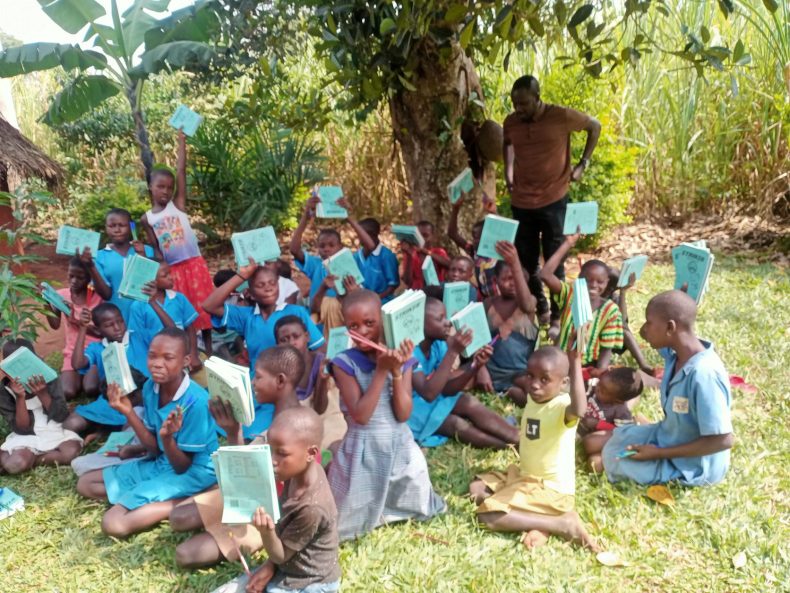 The YOOTE CARES Africa project supports the health and education needs of orphans and vulnerable children in poverty-stricken areas of Uganda A new crowdfunding campaign on local platform Zaar hopes to raise funds to support children in Uganda. YOOTE CARES Africa started in January 2019, with the mission to address the health and education needs of disadvantaged children and youths END_OF_DOCUMENT_TOKEN_TO_BE_REPLACED

The campaign fundraised via a trek on the Camino De Santiago, in a bid to build an outdoor sports facility commemorating Jonathan Chetcuti. A crowdfunding campaign on local platform Zaar has raised nearly five times its funding goal to build a new outdoor sports court in Ethiopia named after the late Jonathan Chetcuti. Led by Jonathan Dalli, Mr Chetcuti’s close END_OF_DOCUMENT_TOKEN_TO_BE_REPLACED 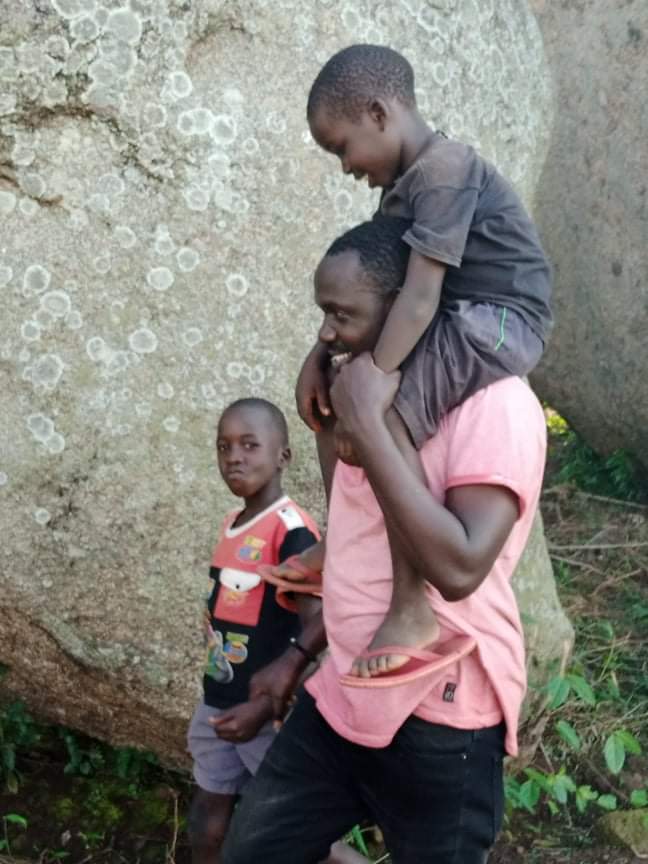 Hand in Hand for YOOTECARES Africa 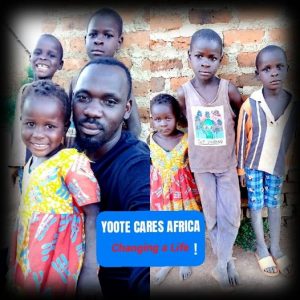 The project is especially intended to address the problems of children in Kimbale village in Bugiri district, Uganda especially in terms of health and education needs.

Due to Covid 19 the scourge in this villages has increased the number of orphans and disadvantaged children and/or worsening their condition of living.

However, the major GOAL of the project is to help these children and youths get an opportunity to study for self sustenance and NOT depend on the community they live in.

These children and youths, apart from failure to raise school fees (tuition) are also unable to meet their basic needs for food, shelter, medical care and sanitary towels for mature girls.

YOOTE CARES Africa was therefore founded as a response to these problems faced by our orphans.  In 2021 the Constitution for YOOTE CARES Africa received approval and licence under BGR 504/350 from the Government Department of Community Development.

The non-profit organisation was set up to give hope to the life of these orphans, to give them relevance in Life, feed them and also to find for them some shelters where possible to give them a sense of belonging.  Responding to their ailments/sickness through medical care and counseling. 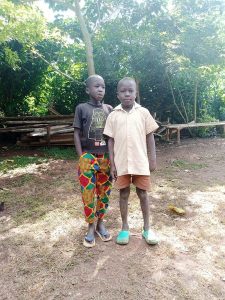 Despite the government’s effort to enable access to education through introducing Universal Primary Education (UPE), some children in the Kimbale village failed to continue with their education.  The project is therefore initiated to target the orphans and the vulnerable children and to empower them by providing tailoring skills which will help them in their future.

Therefore we seek your support to raise money for buying sewing machines, material and to rent a bigger space for the tailoring project.

Funds raised may also be needed for urgent basic needs of food and education.

As a sponsor, you will receive updates and news on the project.   The project is backed by https://www.facebook.com/YOOTEstore.

“Providing quality education and welfare support to all categories of needy children and building up models of activity to be replicated else where across the country and beyond borders in a collaborative manner;”

The Yoote Cares Africa – Uganda was started by a young man know as Olwenyi Emmanuel Jassa who has passion for children and started a few years ago in the East of Uganda.

This young man, grew up total orphan. He lost both of his parents at a teenage age, leaving him with his siblings. Being the first born in the family, he had to take care of his siblings. After a period of time, he desided to join one of the technical school where he acquired tailoring skill. He then started up a tailoring business in Jinja city, where he raise money to support orphans and the vulnerable children in Eastern Uganda.

The Yoote Cares Africa-Uganda aims at giving holistic services to the needy children and hope through various means including Formal and Non Formal education as well as welfare and legal support. Population of the children in Uganda also reflected as percent of the Total Ugandan population- 19,566,430  children based on UBOS population projection of 2012, the HIV/AIDs and other epidemic have continued to ravage the country hence depriving children of their parents and their immediate care takers, 11% of the children were orphans either of both parents or one parent by 2011,

Children generally are most affected during times of hardships especially in poverty stricken areas, over 30% of the children lives under economic poverty but 28% of the children were deprived of safe water.

The combination of poverty, HIV/AIDs, covid-19 and other disease have continued to affect mainly orphans, child headed households and children living with single mothers and elderly.

SUMMARY OF THE PROJECT

The Yoote Cares Africa-Uganda is striving to better the lives of orphans and vulnerable children across Eastern Uganda. Most of the children are made up of children whose parents died leaving them with grandparents who are unable to take care of themselves talk less of the orphans. Some are results of divorce where the father is irresponsible and the women are forced to take their children back to their families thus increasing the burden on her mother who is a widow and has no source of income. These orphans are usually malnourished, dropouts and start roaming the streets at tender age because they don’t have anybody to directly assist them.

The Yoote Cares Africa-Uganda has been supporting 30 orphans in Eastern Uganda, in particular Bugiri District through paying their school fees, buying books, school bags, and uniform in order for to them to acquire basic education. This is just a tenth of those who effectively need support. Therefore this project is intended to scale up the support and has a target of 50 directly supported orphans and vulnerable children and 100indirectly supported.

ACTIVITY TO BE TAKEN BY THE PROJECT

The aim is to raise funds to enable the realisation of a project to teach the youths tailoring skills so that they may become more independent and sustain themselves. 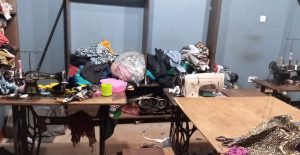 OBJECTIVE OF THE ORGANIZATION 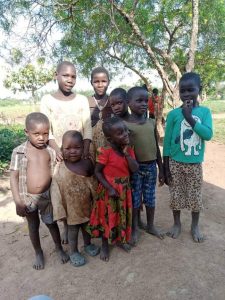 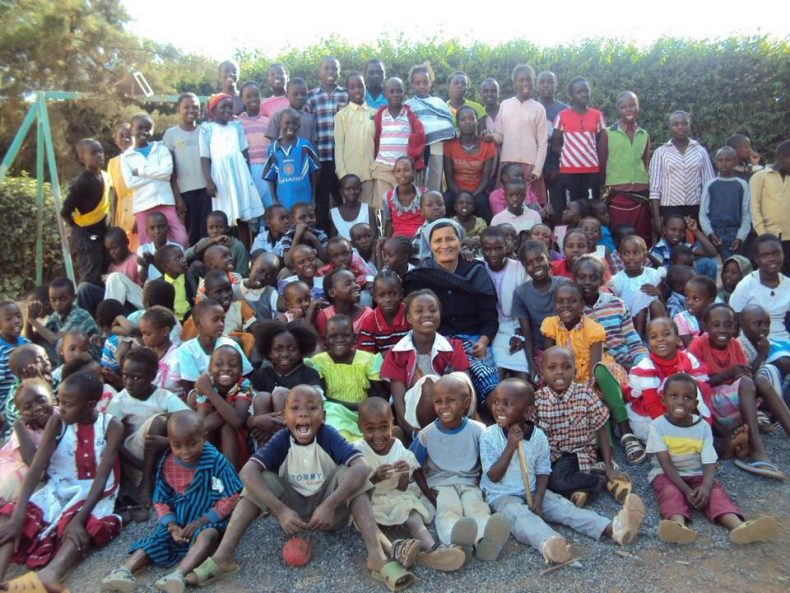 The Zaar crowdfunding campaign by Sponsor My Future supports the lives and education of vulnerable children living in extreme poverty in Kenya A crowdfunding campaign on Zaar hopes to raise sponsorship fees for children in desperate need of help in Kenya. Launched by Sponsor My Future, the urgent appeal will help four orphans – who have no known relatives or END_OF_DOCUMENT_TOKEN_TO_BE_REPLACED